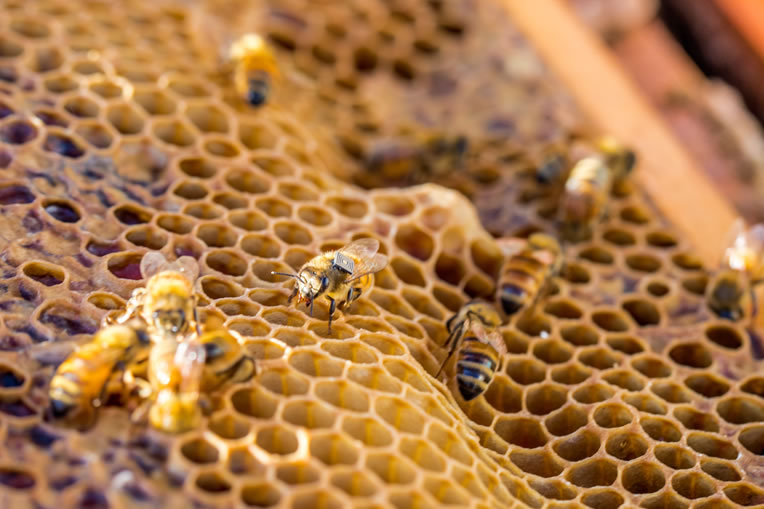 Sweet Spot: How Hitachi Tech is Helping Save the Bees

Honeybees are essential for the pollination of our crops, agriculture and landscapes. In the last 15 years, honeybee populations have declined rapidly, in a phenomenon known as the Global Honeybee Colony Collapse Disorder. Without a solution, humans around the world may face a food crisis.

Together with the CSIRO, Hitachi has led the way in developing groundbreaking technology to help an international group of researchers and farmers collect data on bee behaviour. The ultra-tiny RFID tags are placed on individual bee’s backs, in order to track their movements and understand what stress factors or behaviours may be causing bee deaths.

It’s an inspiring example of how innovative collaboration can help save our world for the next generation.

How Hitachi Tech is Helping Save the Bees

Overview of How Hitachi Tech is Helping Save the Bees

Honeybees are dying – and they could take humans with them.

Honeybees make our very existence on this planet possible. They are essential for the pollination of our food, including fruit, vegetables, oils, seeds and nuts. That impact is felt in our landscapes, and right up the food chain, in our meat and livestock industries and our dairy sector.

But honeybees are facing their own existential threat. Since 2006, global bee populations have been decreasing at a rapid rate, a phenomenon known as Honeybee Colony Collapse Disorder. Their mysterious deaths pose a critical problem; crops that are not pollinated could trigger a food crisis.

Around the world, research organisations, technology companies and farmers are coming together to find answers. Led by the Commonwealth Scientific and Industrial Research Organisation (CSIRO) of Australia, they have launched the Global Initiative for Honeybee Health (GIHH), to monitor bee behaviour and learn what’s causing the collapse.

Australia is one of the few countries that has avoided the Honeybee Colony Collapse Disorder, partly thanks to the absence of the devastating Varroa mite. “This puts Australia in a good position to act as a control group for research on this major issue that could one day become our problem too,” CSIRO Pollination Researcher, Dr Saul Cunningham said.

It’s a global problem that needs a global effort – and innovative Hitachi technology is playing a key role. 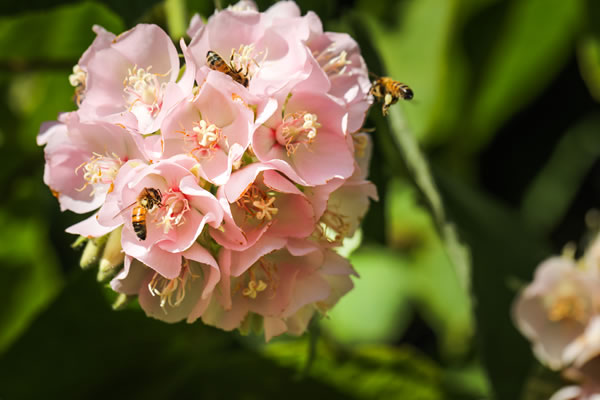 To try and understand what is causing the global collapse of honeybee colonies and avoid a food crisis, researchers, technology companies and farmers around the world are coming together to monitor honeybee behaviour at a granular level.

To gather this essential data, the CSIRO collaborated with Hitachi Chemical to adopt a miniature Radio Frequency Identification (RFID) tag that could be worn on a bee’s back.

The RFID tag is a tiny 2.5mm x 2.5mm chip that can be used in many IoT applications for tracking documents, packages, apparel, tools, as well as living organisms like honeybees.

“In the same ways we use a token in our vehicles on tollways, we can track the bees entering and exiting the hive at an individual level,” said Peter Carter, CSIRO New Industries Team.

The tags, which have a booster antenna that can extend the read range to 4 metres, were developed in collaboration with Hitachi in 2011. They are durable, which means they can withstand harsh environments and they can collect data without burdening the bees as they go about their business – a critical factor in their implementation.

CSIRO is able to capture the data from the chip and upload it into the cloud, where it can be accessed by the international research community. An exciting collaboration is paving the way for new strategies to save bees.

Bees are creatures of habit. Any changes in their behaviour indicate stress factors, or environmental changes. By capturing data on bee movement using Hitachi’s innovative ultra-tiny RFID tags, researchers can identify stresses or diseases that may be having an impact on the critical pollination work honey bees do.

“We produce data 24 hours a day. No matter where you are on the planet, we have bees with backpacks collecting data, non-stop,” said Professor Paulo de Souza, CSIRO Science Leader.

“We have learned a lot about bees since we started the experiment. 20% of bees from one hive will go to the next hive, stay a few days a then fly back. That is important knowledge for the keepers because this is how they could spread disease.”

The open collaboration between research and technology has also been hailed as a positive outcome.

“What we think is really important is how we can use innovation data science and technology to define problems that are solvable, and then coordinate our efforts to change the way the world is.” 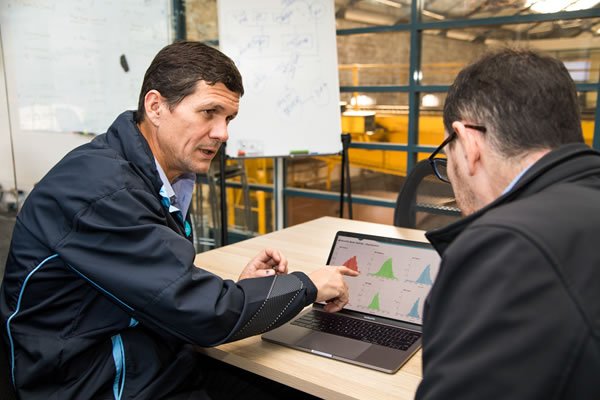 Hitachi’s collaborative creation shows we can change the world, if we work together.

The collaboration between Hitachi, CSIRO and other tech companies and research organisations around the world heralds a new approach to solving some of the biggest challenges that face our planet. By cross-pollinating data and expertise, we are gaining invaluable insights into the secret world of bees that simply would not have been possible working alone.

There is widespread acknowledgement among research groups, governments and the agricultural industries that the threat facing world bee colonies is urgent. While Australia has yet to experience the devastating bee colony death affecting other parts of the world, many experts worry that it is just a matter of time.

It’s vital we work together to understand the mechanisms that may be contributing to bee stress or sickness – the next step will be fixing them.

The RFID chips are already uncovering useful data, including observations around bee movement between hives. Some bees travel to foreign hives and remain there for several days, which indicates one way that disease may spread.

For the team at Hitachi and our partners, this project offers the chance to show the world how technology can be harnessed for the greater good. It’s about more than bees, or microchips, it’s about protecting our future for the next generation.

While Australia has so far managed to avoid the global Colony Collapse Disorder, our horticultural and agricultural industries are highly vulnerable to any decline in honeybee populations.

CSIRO Pollination Researcher, Dr Saul Cunningham, said Australia has been very lucky, so far, to be the only country that doesn’t have the devastating Varroa mite, which has wiped out bee colonies overseas at an alarming rate.

“This puts Australia in a good position to act as a control group for research on this major issue that could one day become our problem too,” Dr Cunningham said.

However, Australia’s horticulture and agricultural industries are particularly vulnerable to declines in honey bee populations as they rely on un-managed feral honey bees for much of their crop pollination.

“Our managed bee pollination services would be hard-pressed to meet the extra demand required to replace the key role un-managed honey bees play so, the outcome would likely be a drop in crop production and a rise in prices of popular food staples like fruit and veggies,” Dr Cunningham said.

The international initiative is being mounted to assist in uniting the efforts of those working in the critical area of protecting bee health.

“The time is now for a tightly-focused, well-coordinated national and international effort, using the same shared technology and research protocols, to help solve the problems facing honey bees worldwide before it is too late,” Professor de Souza said.

The GIHH will attach RFID tags to honey bees and install RFID readers at the entrance of beehives. By recording and analyzing data, including the time honey bees leave and return to their beehive and the time they spend in their beehive, the GIHH will try to identify causal relationships with the surrounding environment, including temperature, humidity, and the amount of chemical substances present. Hitachi Chemical will continue to provide GIHH RFID-related technological support.