Technology, the hidden weapon in the fight against crime

How is technology secretly fighting crime for us?

Despite our efforts to make society as safe as possible, crime remains prevalent.

If Superman can’t come to our rescue, then who can? Or more importantly, what can?

The answer is technology, our hidden weapon. Developments in artificial intelligence and machine learning mean that technology has a growing role to play in upholding the law. Even better news for those who have been victims of crime, technology is going one step further and helping to predict crime to prevent it from happening in the first place. 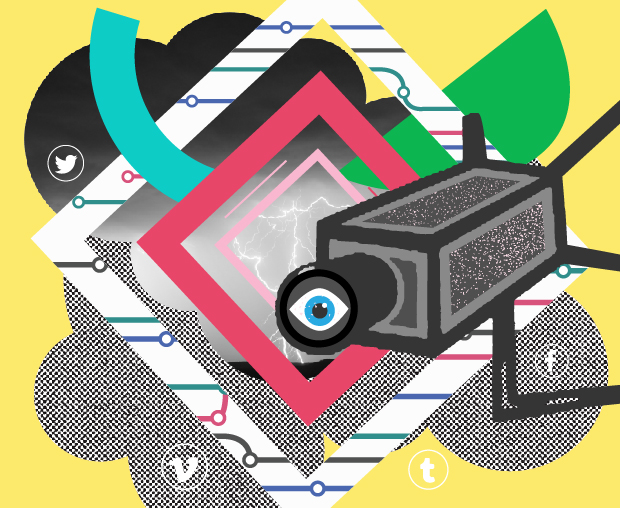 Countries around the world are at different stages of deploying this kind of tech – Dubai, for example, is charging ahead, having already introduced its first robot police officer. Through the robot’s in-built touchscreen, the public can report crimes and even pay fines. Dubai aims for 25% of its police force to be robotic by 2050, but police officers in Dubai shouldn’t worry, the initiative is all about bolstering the force, rather than replacing them!

The IoT era is allowing us to fight and prevent crime like never before. The sharing of data from multiple sources across different industries is providing unprecedented insights into where crimes are likely to take place. Hitachi’s predictive crime software, for example, uses artificial intelligence to quickly sift through huge amounts of data from a previously unimaginable range of data sources such as CCTV cameras, public transit maps, weather reports and even social media feeds. It then predicts where crime is most likely to take place in a given area. What makes this tech unique is the machine learning element, which means the data alone is completely responsible for calculating the predictions, taking away any human preconceptions about what information is most important to predicting and preventing crime. From this data and predictions, heat maps are then created which pinpoint crime hotspots across cities, allowing resources to be deployed to prevent crime, rather than reactively fighting crime.

Some police forces are even using AI technologies to assess the potential threat of an arrested suspect to society and if they should be kept in custody or released on bail. Police officers in Durham are set to use an AI-enabled technology called the Harm Assessment Risk tool to determine this. This tool was trained to make its decisions based on data collected by the Durham Constabulary from 2008 to 2012, as well as a suspect’s gender and postcode. The system was then tested for two years and it correctly forecasted that a suspect was low risk 98% of the time. As with most technologies still in development, this is of course being used with care – it is currently programmed to err on the site of caution to avoid any releases of potentially dangerous suspects.

But what if a crime did take place and police needed to be able to revisit the scene of the crime as many times as their investigations demanded? The answer is 3D laser scanners, which enable accurate remote crime scene mapping. 3D laser tech works by measuring out the dimensions of the crime scene, at a speed of up to tens of thousands of points every second, and uses this data to create a 3D model of the crime scene. The colours from the digital photos, also captured by the laser, are then used to turn the model into a photorealistic 3D model. This allows police to interrogate the crime scene as many times as necessary and without having to visit it physically. The West Midlands Police force in the UK is pioneering this technology to allow them to continue virtually investigating and referring to the crime scene long after the physical crime scene has been cleared.

Autonomous vehicles also look set to play an important role when it comes to fighting crime. Some may even be capable of detecting bombs inside cars. Although it is not the primary function of Ford’s high-tech interior patent, its system may include a camera which can take pictures of any suspicious-looking items and take action accordingly, such as turning itself in to a police station so the matter can be investigated. Whilst these technologies are still very much in the development stage, they illustrate how smart technologies can support the police by being their extra eyes and ears.

Whether it’s putting robotic police officers on the streets or preventing crime from taking place by identifying likely hotspots, this tech is supporting our law enforcement and helping to keep us safe from harm. Amidst headlines about the impending robot revolution and how AI will rule us one day, it’s important to remember advancements in technology are helping to make the world a safer place.

How can your house tackle climate change?Previous

Getting personal about dataNext