"The production system that has been prepared for Miami allows us to achieve high performance and build modern vehicles that meet the needs of the transportation fleet for Miami-Dade County." - Kentaro Masai, COO of Hitachi Rail

Hitachi Rail’s first production facility in the United States is now open. Located in Medley, Florida, within Miami-Dade County, Hitachi Rail’s brand new manufacturing plant will produce 136 vehicles and 272 motor bogies to replace Miami-Dade County’s current Metrorail fleet. The 140,400 ft2 plant took approximately six months to complete and received its Certificate of Occupancy in January 2016. Assembly of the vehicles will begin in March, and the first vehicles will be ready for qualification testing by the end of the year. Once in service, the new cars will feature many upgrades including storage for bikes, security cameras, an enhanced audio system and comfortable seating. 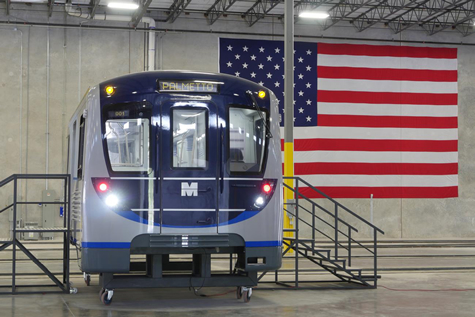 Once the testing period is complete, the first brand new Metrorail vehicles will go into service in late 2017. Production of the vehicles will last until the first half of 2019. Constructing the production facility required approximately 50,000 man-hours and involved more than 50 sub-contractors and suppliers, mostly based in Miami-Dade and South Florida. According to Miami-Dade Mayor Carlos Gimenez, the opening of the production facility is projected to create 100 jobs in the County, along with many local subcontracts. Says Mayor Gimenez, “We look forward to working with Hitachi to put our residents to work, further diversify our economy, and deliver cleaner, safer, more reliable and convenient mobility options to our 2.6 million residents.”

According to Maurizio Manfellotto, CEO of Hitachi Rail Italy, this new facility, and the new cars it will manufacture, represent important steps in the expansion of the company. “This facility will enable us to increase our industrial capacity and build a vehicle that meets the requested transportation needs,” says Manfellotto. “Hitachi Rail has a great history in the United States and this project marks the beginning of the new direction under the management of the Hitachi Group.” 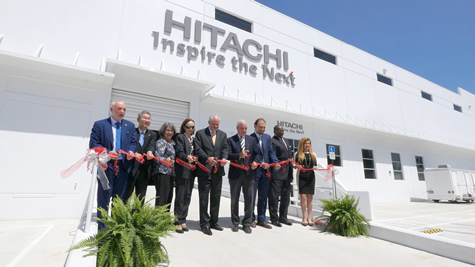