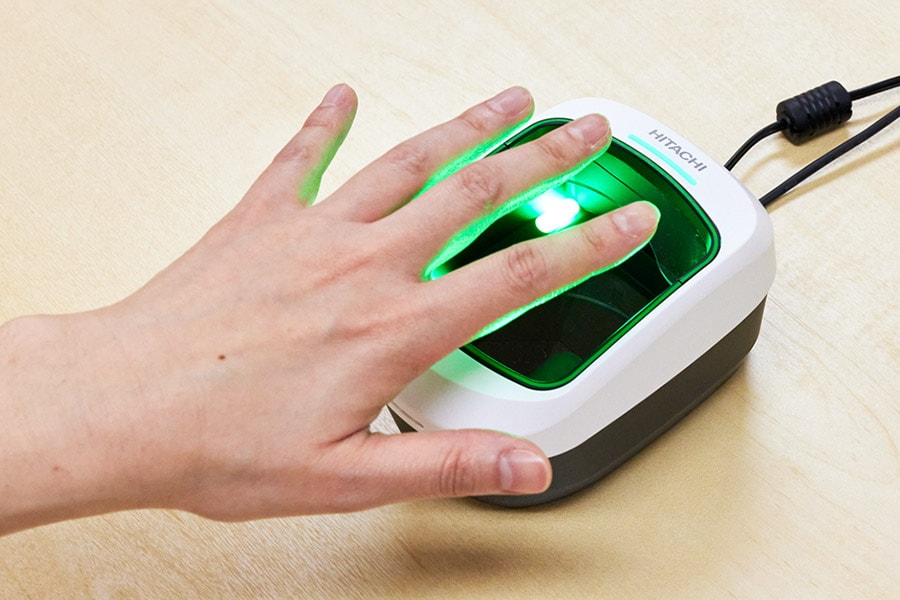 As the COVID-19 pandemic rages on throughout the world, contactless biometric authentication, which enables personal authentication without touching anything, is garnering attention as a means of lowering infection risk. It is expected to find application in a large number of scenarios, including for wallet-less payments at retail shops and restaurants, as well as entry/exit management at offices and leisure facilities.

To address these societal needs, on March 2, 2021 Hitachi, Ltd. released its contactless “Finger Vein Biometric Authentication Unit (C-1)”, along with “Hitachi Biometric SDK for Windows Front Camera”. The implementation of these products will enable easy and safe personal authentication.

"As people's values diversify in a society that represents the so-called 'new normal,' I believe that biometric authentication technology that seamlessly connects the digital with the real will become increasingly important. Going forward, Hitachi will use its biometric authentication business to contribute to finding solutions for various challenges faced by society."

The Finger Vein Biometric Authentication Unit (C-1) released by Hitachi can identify and authenticate individuals simply by having them hold three fingers (for which their finger vein patterns have been previously registered) over a sensor device. Because the distance between the fingers and the device surface is about 20 mm, the operation is completely "contactless." The use of three fingers has the further advantage of making it possible to distinguish many millions of people.

Linking registered personal information, credit card, and other such information lets users pay at the cash registers of grocery shops and convenience stores simply by holding their fingers over a sensor. Other applications include employee admittance to office buildings and entry to gyms without having to present employee IDs or gym membership cards. In the future, it will be possible to be totally released from having to carry around different kinds of cards, keys, and IDs.

Biometrics authentication, which uses parts of the body to identify individuals, includes other modalities, such as by using one’s face, fingerprints, and irises. Of these, Hitachi has focused in particular on authentication using “finger veins”. With about 20 years of R&D and sales performance, Hitachi’s product has the highest market share of finger vein authentication unit in Japan.

Why the “finger veins”? Keiji Kitane, in charge of the development of the “Finger Vein Biometric Authentication Unit (C-1)”

So why did Hitachi focus on finger veins instead of the face or fingerprints? Keiji Kitane of the Security Businesses Division explains as follows:

"Because the face and fingerprints are constantly exposed, there is actually a risk of theft by third parties. With face authentication, there are even cases of successful authentication simply by pulling out a photograph. Vein patterns inside the finger, however, are not visible from the outside. This makes it very difficult for data spoofing or identity theft by a third party and has the advantage of being highly secure."

The spread of COVID-19 infections has spurred a rise in cashless payments, but this has been accompanied by endless fraudulent use of personal information. We have entered an era in which more stringent and more secure means of personal authentication are required. Authentication by finger veins is just the right answer to such societal needs. 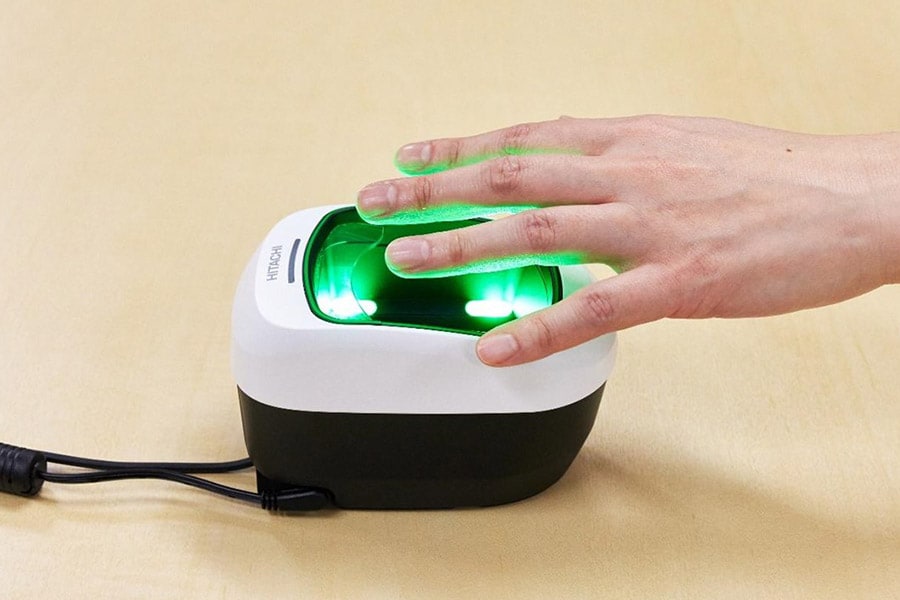 According to Kitane, even higher security can be obtained by linking the Finger Vein Biometric Authentication Unit (C-1) to Hitachi’s proprietary technology known as Public Biometric Infrastructure (PBI). 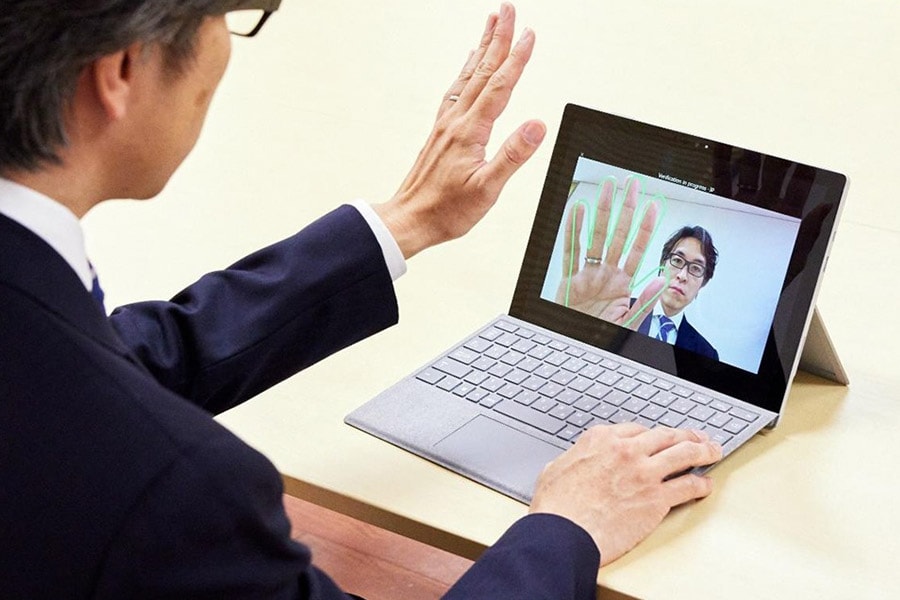 Also released on the same day was “Hitachi Biometric SDK for Windows Front Camera”, a software development kit that enables finger vein authentication functionality to be loaded onto a computer. Software developed with this kit can be used to enable personal authentication simply by holding one's hand (fingers) in front of a computer's built-in camera or an external web camera.

By equipping computers with finger vein authentication functionality, users can easily and securely log into company work systems, bank transaction systems, and other applications without using ID or a password. Takeshi Inoue of Hitachi’s Security Businesses Division, who was in charge of development, comments as follows: 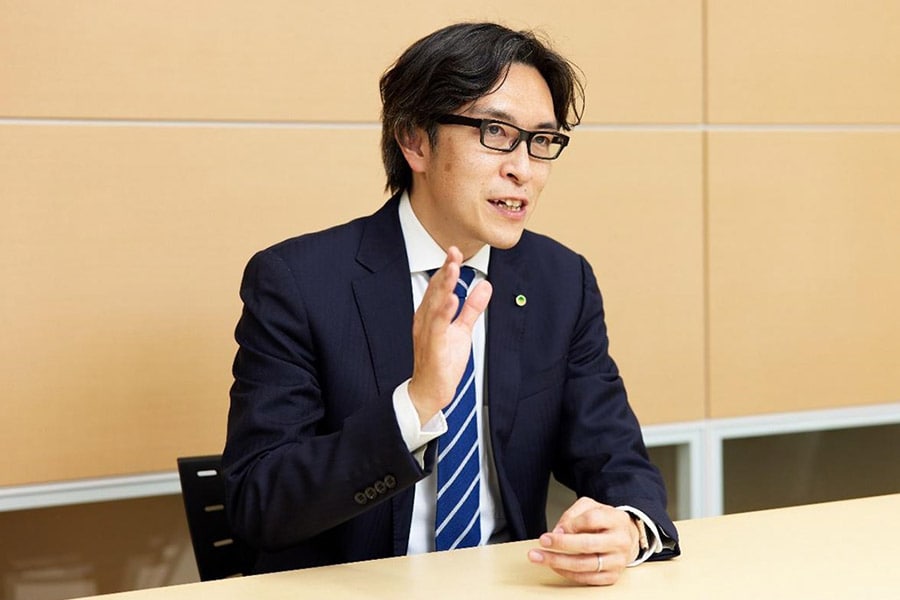 Inoue said that Hitachi has set its sights on overseas business expansion for these two products which were released on the same day.

"In fact, we have received many inquiries from abroad. There are many places where face authentication cannot be used. In Europe and the U.S., privacy issue is a big hurdle in collecting the personal facial data needed for face authentication. The Islamic world has countries where women cover their faces with a veil. With finger vein authentication, these worries can be overcome."

Every day from morning to bedtime, people of the modern era go through countless authentications. Those actions include entering passwords to unlock their smartphones and computers, tapping transit passes onto sensors to pass through station gates, and pulling out employee ID cards or keys to enter their workplaces. If finger vein biometric authentication gains widespread acceptance, these and other tasks may all become unnecessary. We are on the verge of such a society.