Hitachi, Ltd. is developing a service that enables users to perform administrative procedures and consult with local government officials online and started trialing this service in 2021 in collaboration with several local governments.

This service is designed to enable administrative and other procedures to be performed online anywhere so that residents do not have to visit local government offices. Trials were performed at community centers and other locations using large monitors and tablets.

A positive response from more than 80% of participants

In trials conducted in Fukuoka City, the ability for residents to consult with local government officials online regarding various application procedures, such as resident registration and tax issues, while seeing the official’s faces was tested. A video camera was set up on a desk that focused on pertinent documents, and this enabled residents to point at the specific location on the document at hand and to hence easily convey to the government official what they needed help with.

Akihiro Imai of Hitachi, Ltd., who led the project, says that the service was designed to be easy to handle even for elderly people unfamiliar with digital services:

"To make it easy for even the elderly to use the service, all the user has to do is touch the content that they need help with displayed on the tablet on their desks, and almost no further operation is required. Government official’s face and documents appear on the large monitor in close to real size, and users can mark documents with a stylus pen. This makes the experience feel as if the user is actually having a conversation with the official right in front of them, and we believe that this gives users a sense of security."

Trials have been conducted at several local governments since 2021, with a total of about 300 people, including residents and local government officials, participating so far, of which more than 80% responded positively. Yunan Ikeda of Hitachi, Ltd., who was in charge of the trials, says that the response from users has been better than expected:

"In addition to being easy to use and understand, several respondents said that the service was effective at preventing the spread of COVID-19. Some people feel that they do not want to go directly to government offices to take care of administrative procedures due to COVID-19. These people commented that the service is comparable to face-to-face services and that it enabled them to perform administrative procedures without coming into contact with others."

Helping those left behind by digitization 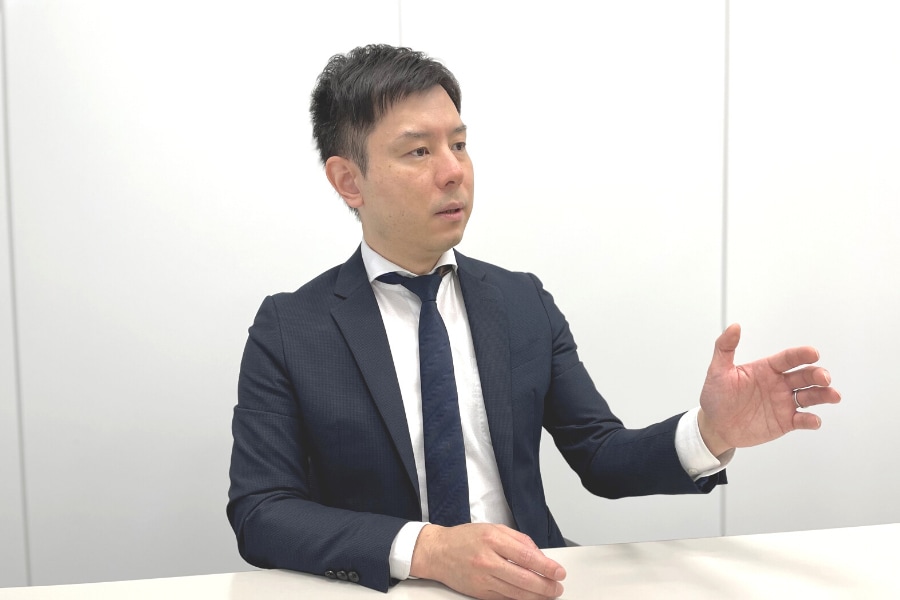 Akihiro Imai of Hitachi, Ltd. during the interview

In terms of the reasons for the development of this service, Imai recalls: "Going really back to the roots, declining and aging of the population" In the past, local governments had officials at each window to handle visitors at all times. However, due to the declining population, it is becoming increasingly difficult to provide the same services. In order to solve this problem, the concept of this service, which can support residents remotely, was born.

Local governments are also accelerating the digitization of administrative services in an effort to address labor shortages. Although these administrative services increase convenience for both local governments and residents, Imai points out that "an environment has not been created so that many elderly people can enjoy the benefits of digitization."

"Many digital services are designed for smartphones. However, for the elderly, it is not easy to perform the procedures while looking at a small screen on a smartphone. While some people find digital administrative services convenient, local governments are also concerned that the elderly will be left behind. We wanted to help those people."

This desire is reflected in every detail of the development. One such detail is the high-resolution display function.

Imai says: "When a large monitor is used with a standard web conferencing system, documents and faces on the screen blur, which can slow down communication between local government officials and residents and which can also cause residents to feel uneasy. However, the service we are developing clearly shows documents and faces even on a large monitor, realistically reproducing the person on the screen as if he or she were right in front of you. This creates an environment in which consultation and procedures can be performed remotely as if there were face-to-face."

Expanding use to the private sector as well 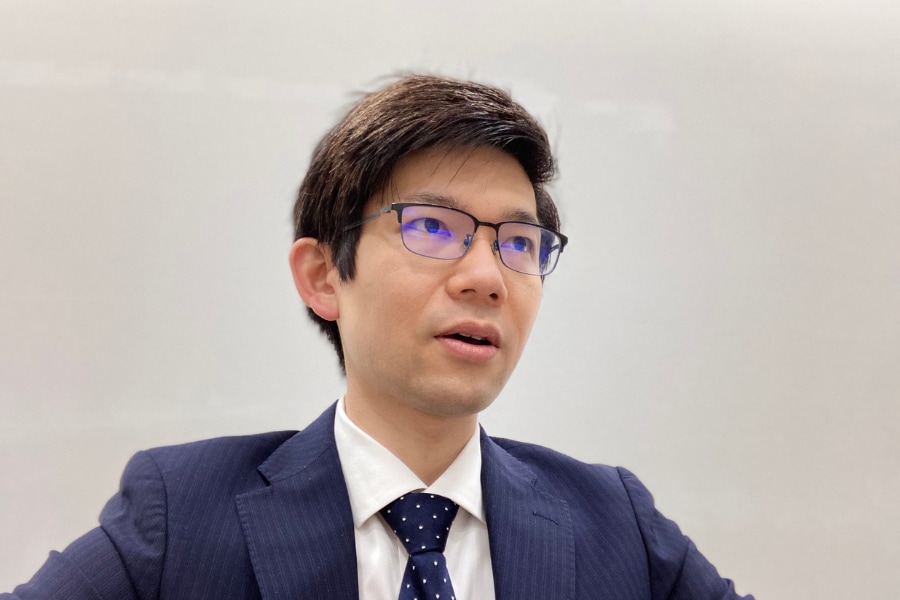 Yunan Ikeda of Hitachi, Ltd. during the interview online

Several local governments are currently trialing this service, and Hitachi is also considering using it for private services in addition to administrative services.

Ikeda explains: "The private sector is also facing issues such as manpower shortages at helpdesks and the need to make services more convenient for the elderly and those who are not accustomed to using digital technology. Therefore, we would like to make this service available to the private sector in the future as well, and we are in discussions with financial institutions, medical professionals, and others."

The service is not only helping those that have difficulty using digital services but is also being considered for a variety of other uses. Imai says the future prospects of the service:

"Hitachi is working toward digitizing regions and bringing smart cities to life in a way that benefits residents. This service will be a pioneer in this field, and in the future, we would like to develop this service into a 'versatile digital helpdesk' where both public- and private-sector services are available. The foundation of our lives is based on the region in which we live, and we would like to create a world in which the public and private sectors collaborate to enrich the lives of all residents."