Hitachi to acquire railway signal business of Thales of France: Toward becoming a global leader in railway systems 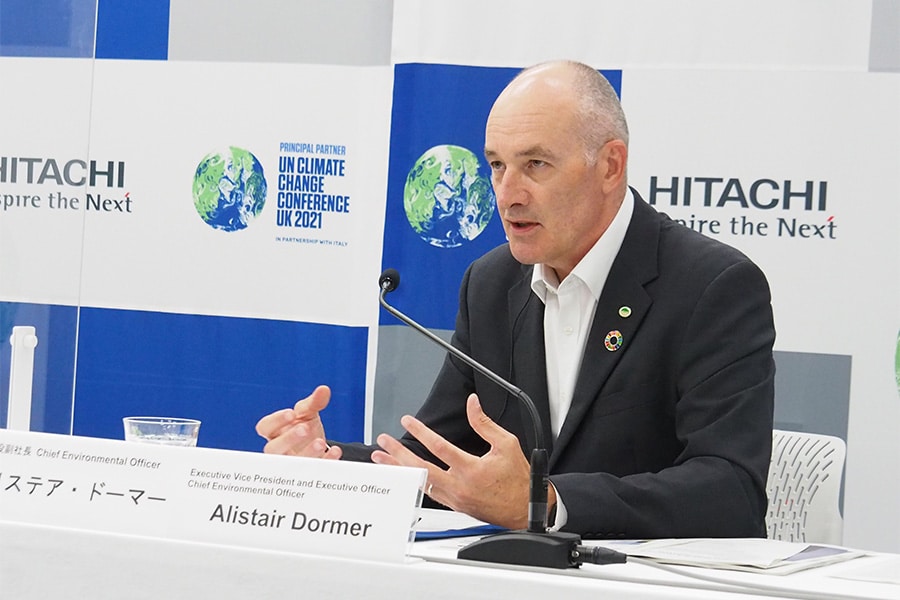 On August 4, 2021, Hitachi, Ltd. announced that Hitachi Rail, which is the operator of a railway systems business, will acquire the railway signal business of Thales, a leading French electrical systems company. The agreed-on total acquisition amount is 1.66 billion euros (approximately 215 billion yen), with the final price to be established at closing in FY2022. Through this acquisition, Hitachi intends to expand its railway signal system business globally and to accelerate business growth.

At a press conference held on the day of the announcement, Alistair Dormer, who is the executive vice president of Hitachi, Ltd., expressed enthusiasm about the acquisition, saying: "This is the chance of a lifetime. This acquisition will enable Hitachi to become a global leader in the railway systems business."

Thales is headquartered in Paris, France and offers services in the aerospace and defense sectors. Thales’s railway signal business, the acquisition of which is being announced by Hitachi, has offices in 42 countries, including Germany, France, and Canada, and employs about 9,000 people. Comprising the four businesses of railway signal systems, railway operation control systems, communications systems, and ticketing, Thales recorded sales of 1.6 billion euros (approximately 207 billion yen) in 2020. Digital-related businesses accounted for about 50% of total sales.

Hitachi operates its railway systems business in Japan, Italy, England, and the U.S. Integration with Thales's railway signal system business is expected to facilitate Hitachi's efforts to provide railway systems and solutions to more regions and customers and to raise its global presence in this field.

According to Dormer: "Our customer base is different than that of Thales. We see Hitachi as being strong in England and Italy and as expanding its business in the U.S., while Thales features strength in such countries as Germany and Canada and is regionally complementary."

Hitachi will leverage the Thales customer base to accelerate the global deployment of Lumada, a digital solutions platform that creates value from customer data. Hitachi will also strengthen its MaaS* business, which is a service that uses IT to combine multiple means of transportation.

Having spoken of the Hitachi aspiration to digitalize the experience of travelers, Dormer elaborated as follows:

Hitachi will leverage the Thales customer base to accelerate the global deployment of Lumada, a digital solutions platform that creates value from customer data. Hitachi will also strengthen its MaaS* business, which is a service that uses IT to combine multiple means of transportation.

"I hope for Hitachi to provide full-fledged digital services by combining the technologies of Hitachi Rail and Thales and by tie-ups between such operations as Hitachi's Lumada and GlobalLogic [whose acquisition was completed on July 14, 2021]. This is how I hope to achieve the optimal traveler experience."

The acquisition process is scheduled for completion in the second half of FY2022. Through this acquisition, Hitachi's railway business aims to achieve sales of 1 trillion yen (approximately 7.78 billion euros) and a double-digit adjusted operating margin in FY2026.