‘People are more in control of their working day’:
how lockdown changed the way we use our time 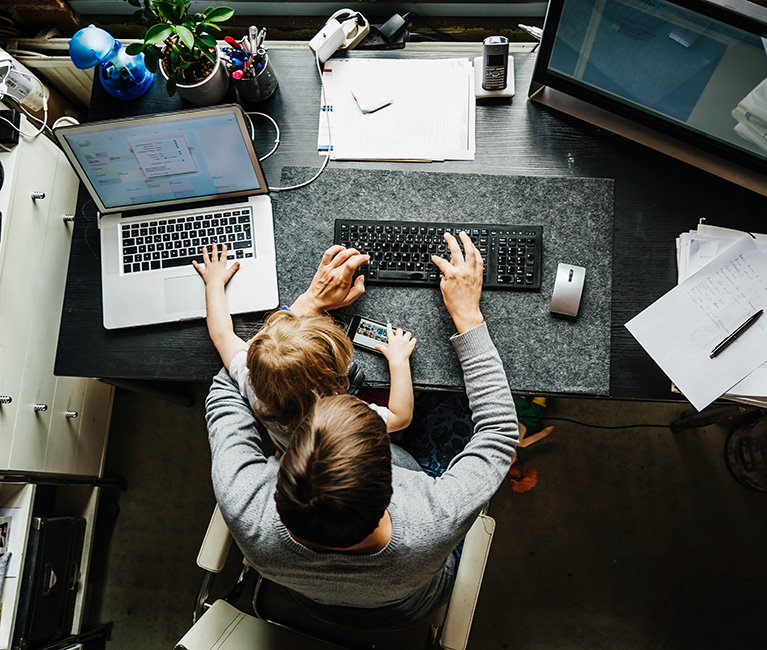 Lockdown changed our sense of space as our worlds shrunk to the confines of our homes. But it also messed with our sense of time, with the monotony of our days making them feel longer.

Even our most basic units of time sometimes seemed to change. Where we’d once typically divided our days into one-hour or half-hour blocks, some of us instead found ourselves scheduling in shorter snippets of time. Instead of sitting through drawn-out, boring boardroom meetings or labouring over lengthy tasks in our manager’s line of sight, many of us found ourselves working more flexibly, flipping between tasks at a faster rate thanks to the sudden merging of our work and home lives and the increased autonomy it affords us.

In short, many people have shifted to a new normal that involves filling bite-size units of time with bite-size tasks and activities.

Studies have indicated that during periods of ongoing stress and anxiety, the brain’s prefrontal cortex (responsible for our ability to focus on tasks) is significantly weakened. But a recent report from the American management consulting firm Boston Consulting Group found that 75% of employees reported being able to maintain or even improve productivity levels in certain tasks during the first months of the pandemic.

So could the shifts in our scheduling patterns mean we’re becoming more efficient in our work and in our day-to-day lives? Jane Piper, an organisational psychologist and business coach, thinks there are significant benefits to our new way of doing things. “People are more in control of their working day now, and we perform better when we have autonomy. Our days are more flexible to better integrate work and home lives, which leads to an increase in productivity and reduction in stress,” she says.

Taking responsibility for our own schedules also means there is likely to be a reduction in presenteeism, with employees no longer putting in unnecessary “face time” just to show that they’re working. “Working from home means managers have to trust people to do the work, even when they can’t see them,” says Piper. “It changes the question from: ‘Were they present at their desk?’ to ‘Did they produce what was required by the deadline?’ A real upside of the new working landscape is what we deliver, rather than when we deliver.” Of course, it won’t be the case for everyone, she says. “For some, it has been replaced by a digital version, with managers scheduling constant meetings in a bid to force staff to be ‘present’.”

David Ogilvie, who runs The Resilience Development Company, which trains and coaches organisations to optimise performance and productivity, says: “Humans just aren’t meant to focus for long periods – brains are most productive in ‘focused sprints’ compared with ‘marathons’.”

In the programmes Ogilvie runs, clients are advised to work for no more than 90 minutes and then rest for 20 minutes. “That might mean setting 90-minute chunks in your diary before breaking or switching to an easier task for the next 20,” Ogilvie says. “There are many variations out there, but the principle is always the same: watch for signs of energy flagging and then reset and start again.”

However, working in shorter bursts doesn’t mean multitasking. “Switching between tasks and multitasking is a feature of modern life, amplified by the pandemic,” says Ogilvie. “But this behaviour could be working against you – studies show that we can lose productivity if we multitask because our brain is switching focus.”

This distinction is key – and arguably explains why we can feel more productive when engaging in activity in short bursts, but less productive if we’re flitting between wildly different short-burst activities. It’s worth bearing this in mind whenever you want to make the most of handy, short-burst formats, such as the wealth of instructional videos on social media platforms. Short is good, but if you’re looking to learn a new skill or knowhow, focusing on that one subject or topic is also important. You could call it scrolling with intent.

So how do you retain the benefits of short bursts while avoiding the trap of multitasking?

Gemma Ray, a productivity expert and author of Self Discipline: A How-To Guide to Stop Procrastination and Achieve Your Goals in 10 Steps, suggests batching similar tasks to improve efficiency, and timing regular tasks to avoid falling prey to Parkinson’s law – the idea that work expands to fill the time available.

Minimising distractions is also key. “A study by the University of California states that it takes the average person 23 minutes and 15 seconds to get back ‘in the zone’ once disrupted,” she says. “For some, working from home means less distractions in terms of colleagues or unnecessary meetings, which enables us to be much more productive.” Though, of course, others might fall into the unluckier bracket of domestic distractions, with children storming their 10am brainstorm or neighbours renovating their kitchen.

This article was written by Sophie Goddard from The Guardian and was legally licensed through the Industry Dive publisher network. Please direct all licensing questions to legal@industrydive.com.