The Future Impact of Drones:
Leading Reforms in the Construction
and Medical Industries

A motorcycle chase is unfolding on the roof of the market of Istabul—a breathtaking scene from the James Bond movie Skyfall (2012). The camera's point of view alternates between a view from the sky of an exotic cityscape of crowded red brick rooftops and a view running alongside James Bond, who, with a desperate look on his face, is chasing his target.

This scene was the first case of using a drone in movie filmmaking.

According to Professor Shinji Suzuki, a foremost authority in drone research in Japan at the University of Tokyo's Institute for Future Initiatives, "While helicopters and cranes have always been used for the aerial scenes of films, the advent of drones has made capturing them to be easier and more flexible."

From television to movies, drone use in the film and video production industry has exploded since the Skyfall debut. As low-priced drones have recently become available, non-professionals are also enjoying aerial photography today.

Professor Suzuki goes on to add that "The technology for drones large enough for someone to ride has already been developed. These so-called 'flying cars' are on the verge of merging with the trajectory of current drones." 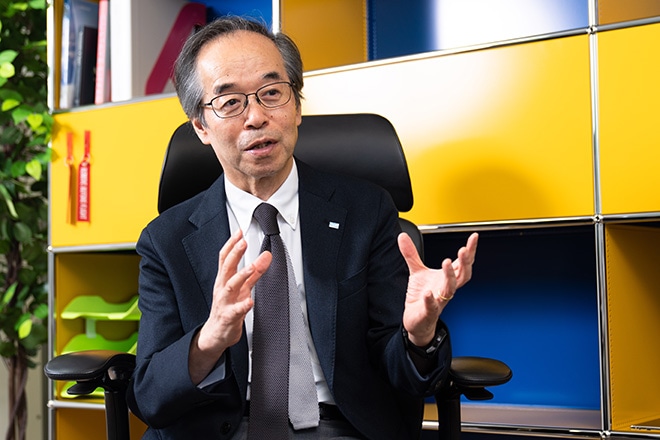 Drones may satisfy the eternal human desire to fly freely through the sky like a bird – without having to ride in one. Professor Suzuki believes that the emergence of new services and businesses using drones will be key to spreading the use of drones.

Aerial scenes gave drones their break into the entertainment business. Now, drones are being used in aerial photography surveying, inspection, and other such practical purposes. While local governments regularly carry out aerial photography using airplanes to track land usage, drones will likely take this over as well.

Drones are also finding use in business, as in the United States, where their use in the real estate industry is flourishing. The ability of aerial property photography to give viewers a more realistic experience of local conditions is cited as one of the advantages of drones. 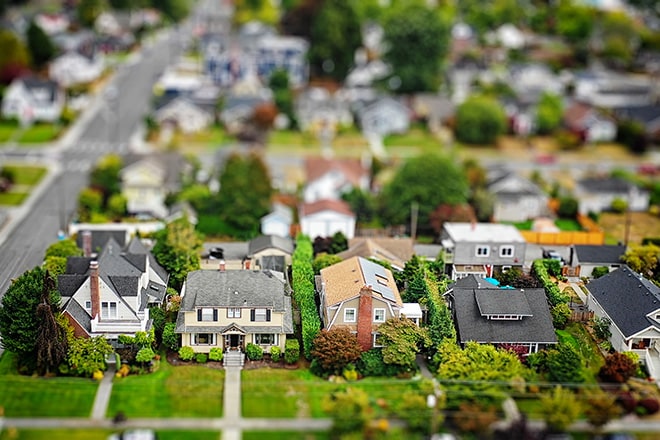 In a new development, an astonishing new way of using drones has emerged, which that defies the conventional idea of drones as machines that fly in the sky.

As Professor Suzuki explains, "Research is underway on drones that can fly through such places as building interiors, underground, and tunnels."

According to the professor, ordinary drones obtain positional information from GPS. But mounting them with stereo cameras or laser scanners lets them also ascertain position in areas unreached by GPS signals. In a sense, they can fly around with their own eyes and ears.

Drones like these show considerable promise in applications such as underground passageways and sewer inspections and in rescue operations to find injured people in buildings collapsed by earthquakes.

The Age of Drones – Toward a Human-Centric Society

The market for drones in Japan is forecast to reach about 370 billion yen by 2024 (source: 2019 Drone Business Survey Report, Impress General Research Institution). In Professor Suzuki's view, while in overseas drones are mainly used in business, it will be public services that drive the industry’s growth in Japan. "People in Japan are generally kindhearted, so new technologies are more likely to catch hold if they are used for purposes of helping people in trouble," he says, also adding that drones will lead in human centric society-building.

In particular, local governments with jurisdiction over mountainous areas and remote islands are showing great interest in ways to use drones, including making deliveries to people in depopulated areas who cannot shop as well as those in need during a disaster.

Drone use is also under active consideration by mayors in some local municipalities in Japan, such as at Ina City in Nagano Prefecture and Amakusa City in Kumamoto Prefecture. In Amakusa City, which has an aging population, a search party is always formed whenever an elderly person goes missing. The use of drones could make such searches much easier.

The transport of medicines by drones, already being carried out in places like Africa, will likely save people's lives in cases calling for urgency. There is also an actual demand for using drones to transport organs for transplants, as speed is of the upmost importance when transporting these organs. There are many cases in which sky transport will go smoother than using an ambulance to get such items from hospital to the nearby airport.

With the current state of this technology, there is some question as to whether drone transport can be achieved without the risk of dropping the cargo, and with this in mind, research is going forward with to overcome this difficulty.

Despite the growing usage of drones in rural areas across Japan, a future where numerous drones fly about the skies above our towns is not likely to come about just yet. "The biggest issue is safety," says Professor Suzuki. 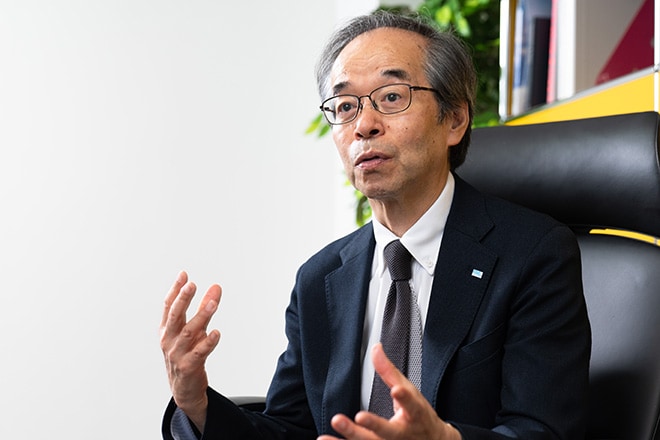 In order to create a situation in which drones can be used for transport and actually fly freely in urban areas, drones must guarantee extremely high safety standards to ensure that no serious accidents occur during its 100,000 to 1 million flying hours. In addition, various measures must be put in place to prevent drone collisions and such abusive uses as terrorism.

Another urgent issue is the training of people participating in the drone industry.

"A drone is a machine, computer, software, network device, and even a wireless terminal" says Professor Suzuki. Considering actual operation and how it is affected by the intersection of these various technological fields, knowledge about city planning and other academics will also be required for future drone professionals. Because this does not fit within the framework of existing faculties and departments, any considerations of the development of people that will work in the drone industry of the future will need to include the establishment of an original coursework dedicated to drones. 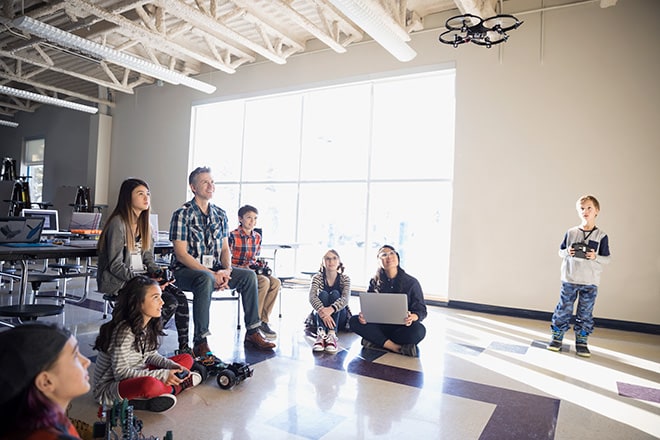 Adds Professor Suzuki: "This is an industry that will rely on people. From next year, programming will be a required subject in primary school across Japan. I hope this will be an opportunity for the younger generation to acquire an interest in drones as they try out drone programming tools at school."

Drones have progressed to the point in their development where they are expected to find application not only in aerial photography but also in a number of other fields. As types of services expand and the number of flying drones increases, it will be necessary to come up with robust air traffic control rules grounded firmly on safety. Crucial to this will be the configuration of an unmanned aircraft system traffic management system (UTM) for managing information on all drones in target airspaces. 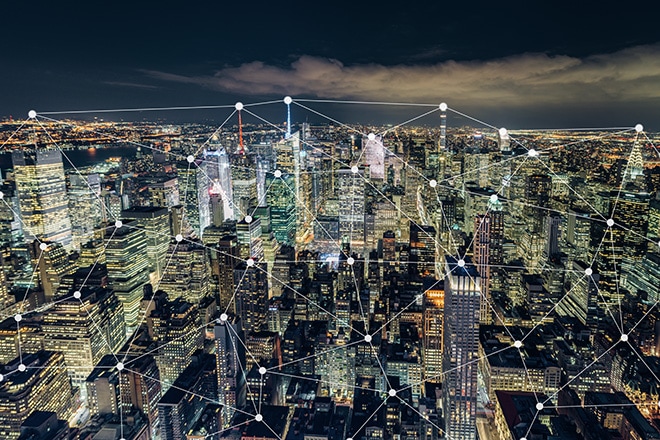 The organization that initiated discussions aimed at standardization and other UTM topics was the Japan Unmanned System Traffic & Radio Management Consortium (JUTM), for which Professor Suzuki serves as representative director.

Professor Suzuki explains the organization's purpose as follows: "At JUTM, over 400 member companies, including the primary mover, Hitachi, Ltd., come together to carry out discussions on drone rules." Taking their part in devising national rules, consortium members from various industries discuss issues such as ideal drone management and the kind of drone environment-building that will be necessary.

The JUTM also serves as a representative for a working group that deliberates on the field of drone operation management for the International Organization for Standardization (ISO). "While it is unusual for Japan to take a central role in international standardization, it's no exaggeration to say that, in this case, Japan has assumed leadership," mentions Professor Suzuki. 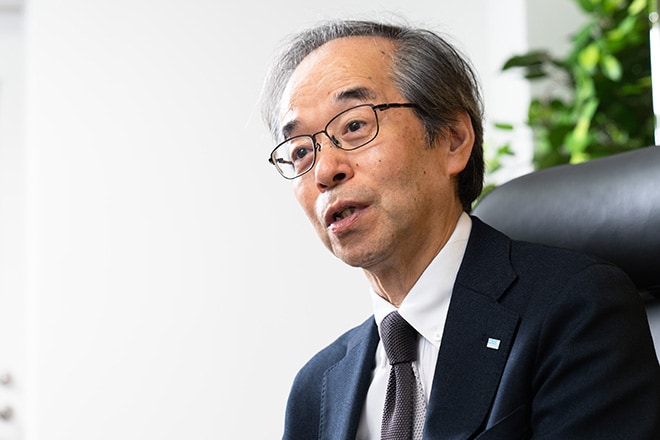 As a variety of people work toward an era when drones will be flown for a variety of purposes, a drone environment is rapidly taking shape. A future served by flying drones is just around the corner.