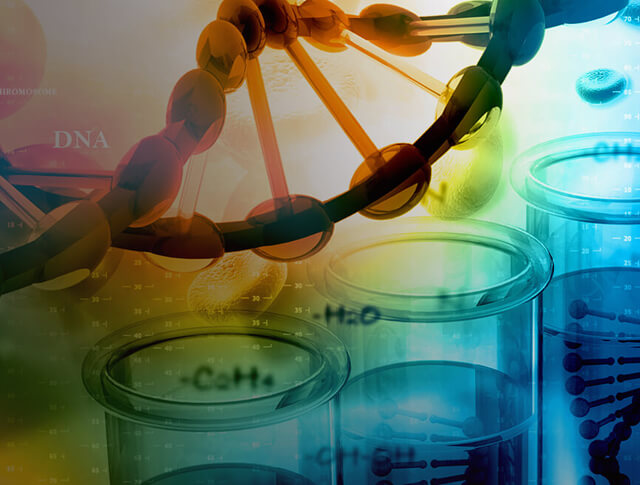 How to See the Whole Elephant

The United States enjoys some of the finest healthcare in the world, yet many Americans still suffer with chronic illnesses. Autoimmune diseases affect 23.5 million to 50 million Americans, depending on which diseases are counted.1 And the number of Americans with Alzheimer's is expected to increase from 5.7 million today to 14 million by 2050.2

Although the mapping of the human genome, a landmark reached in 2003,3 has fueled a growing tide of research into the relationship between genes and these diseases, many parts of the genome remain poorly understood. The knowledge gained since 2003 is driving the area of personalized medicine, in which diagnosis and treatment of disease are based on an individual’s genetic makeup. But an understanding of the full picture of genomic data remains elusive.

It’s like the parable,“The Blind Men and the Elephant.” Each man touches a different part of the elephant and comes away with a very different vision of the beast—because none has the whole picture. The human genome project is the result of thousands of researchers around the world contributing data, using different types of technology—but these technologies don’t always work well together, and the big picture has yet to be seen.

Pulling the Details Together into the Genomic Big Picture

Much of the research on the genome has focused on single nucleotide polymorphisms (SNPs), which are genetic markers associated with an increased risk of disease. But SNPs do not indicate which genes may actually cause the disease.4 The missing link may lie in structural variations (SVs), which are submicroscopic variants in the number and structure of chromosomes. Large SVs make up as much as 13% of the genome, and researchers believe they contribute to a variety of diseases, including autoimmune disorders, Alzheimer’s, autism, cancer, and Parkinson’s.5

SVs have not been well studied because they are so hard to identify and analyze. One of the most common techniques of genetic research is DNA sequencing, but current sequencers are unable to decipher these large variations in the genome. Researchers string fragments together, but the process leaves gaps, and that’s often where the SVs are. Challenges arise when combining results gathered with different techniques from different companies as well as in sourcing the computing power needed to analyze the entire genome at the molecular level.

Filling the Gaps To Deliver Greater Insight and Better Treatment

The Human Chromosome Explorer (HCE) is helping researchers overcome the barriers to progress and bridge the gaps in the sequencing process. HCE is an advanced, cloud-based visualization bioinformatics platform used in conjunction with genome mapping technologies.

HCE presents a chromosomal view of human genomes and a map of the SVs contained within them. It is through these maps that HCE enables the complete integrated analysis of combined exome and intergenic regions, providing the most complete view of genomic SV currently available. Because HCE uses distributed computing in the cloud, large numbers of samples can be processed rapidly without buying expensive hardware or developing special computing expertise.

Although it is clear that SVs contribute significantly to human disease, to what extent is largely unknown. Understanding this impact—its complex traits and evolution—requires skill and creativity to assess the broad and diverse distribution of such variation within the human population. HCE is a true step toward doing this at the scale needed to make a difference.

Driving Innovations That Improve Quality of Life in the U.S.

Through advanced mathematics, artificial intelligence and software engineering in genomics, researchers are getting the clinical data and computing power they need to improve the health of millions of Americans. When enterprises, non-profit research organizations and governments work together to create collaborative technology such as the HCE, researchers gain an unprecedented opportunity to start identifying the causes of genetically linked diseases and successfully treat them.

The Gift Of Improved quality of life
Connecting the Healthcare Enterprise