Hitachi Healthcare Americas and St Joseph’s/Candler Hospital worked closely together to optimize the image quality for the radiologists, ensuring that low dose CT was beneficial to the patient while providing high quality images for diagnosis. With a single-vendor CT fleet many years in service, Savannah, Ga.-based St. Joseph’s/Candler (SJ/C) health system was a model of customer loyalty. But when the time came for SJ/C to replace an aging CT scanner in its main outpatient facility, the LifeCare Center at Candler Hospital considered technology from many other vendors.

The institution needed to modernize and “we knew we wanted 64-slice,” recalls imaging manager Cheryl Rawlings, a 31-year veteran of the institution, which performs close to 30,000 inpatient, outpatient and emergency CT exams per year. “We looked at all vendors,” she said. “We went to several locations and were much impressed when we went on a site visit to Pittsburgh.”

The hospital they visited 700 miles to the north showed the SJ/C team its Hitachi 64/128-slice, dose-reduced CT capabilities. The SJ/C team liked everything they saw and heard about the technology, but members hesitated when they considered that switching to a new vendor would mean having more difficulty floating technologists from the inpatient side to ensure coverage in the LifeCare Center.

Hitachi Healthcare Americas and St Joseph’s/Candler Hospital worked closely together to optimize the image quality for the radiologists, ensuring that low dose CT was beneficial to the patient while providing high quality images for diagnosis.

“Hitachi was really going to have to impress us to get us to change vendors,” Rawlings says.

The technologists in Pittsburgh assured their Southern visitors that Hitachi would support them anytime with unlimited applications training and on-site support, Rawlings recalls. “They also told us that we wouldn’t have to call a number and wait for someone to call back,” she adds. “It would pretty much be quick-response if we had a problem. And we could call the applications support people, or even text them, personally.”

The visit was last February. Several calls to other Hitachi sites later, the SJ/C team made its decision. Their new Hitachi Scenaria CT system scanned its first outpatient on June 1. It has been humming at the rate of 850 to 900 exams per month ever since—and the team has found that the Pittsburgh people were not exaggerating about Hitachi’s commitment to customer service and support.

“When we went on the site visit, we were impressed that the Hitachi applications specialist met us there, and he was going to be our applications specialist back here,” Rawlings says. “We formed that relationship with him on the site visit, and it has continued here. He has stuck with us, he knows everyone here, and he’s become like a family member. You don’t get that with many vendors.”

Pausing to gather her thoughts, Rawlings realizes that, six months into SJ/C’s relationship with Hitachi, she has a bit more to say on the subject.

“Nowadays, everybody has a good scanner,” she says. “Where the difference comes in is in the support. When we call, and they want to get on a plane—when they want to hurry down to wherever you are and resolve whatever issue you might have—that level of attentiveness is unheard of.” Every CT vendor may have a good scanner, but, Rawlings stresses, the bottom line throughout healthcare today is value. “We have been really impressed with what we’re seeing as far as the quality of the Hitachi Scenaria—the table, the speed, the lateral shift on the table, the weight limit,” she says. “We looked at the same type of setup with [our long-standing CT vendor], and we know we wouldn’t have gotten as much for our money as we have with the Hitachi.”

In addition, they’ve realized improvements to patient throughput and workflow. “When we went on the site visit in Pittsburgh, they showed us how they actually use this machine for their ER patients,” says Rawlings. “That surprised us because it was a fast-paced emergency setting, and here we were looking at it for our outpatient services.”

As good support begins with good training, Sherry Boatright, lead CT technologist, looks back on the training she and another SJ/C tech received at the Hitachi Institute for Technologists in Twinsburg, Ohio. “We had two applications specialists, the two who were here with us when we brought in the machine,” says Boatright, adding that the install took just one week following a oneweek removal of the old system. “But we also had them for a week, all day long every day on the scanner, in the classroom, and it was a lot of hands-on training. They’re great teachers, and they made it very easy both in Ohio and back here. There was no lag time between learning the machine and using it.” Boatright, who has been working with CT since St. Joseph’s/Candler installed its first system three and a half decades ago, says the support is the best she’s ever seen. Asked for an example, she describes “Hitachi-level support” in action. “We had some issues with our CT brain scans. The radiologists were not quite satisfied with the quality of the images compared to what they were used to,” explains Boatright. “Hitachi has returned several times and done everything they can to work with the technologists and the radiologists to resolve those concerns.”

There has also been some basic resistance to change— understandable, given SJ/C’s long run with the previous CT vendor across the fleet—but both Rawlings and Boatright see strong buy-in for Hitachi ahead. “Hitachi has worked very closely with us to get the radiologists satisfied with what they are seeing with the head scans,” Rawlings says. “We all know that if you don’t use dose reduction, your images are prettier. Our radiologists were not used to dose reduction, and the first images off of the Hitachi were dose-reduced. Of course, dose reduction is on everyone’s minds nationwide.” 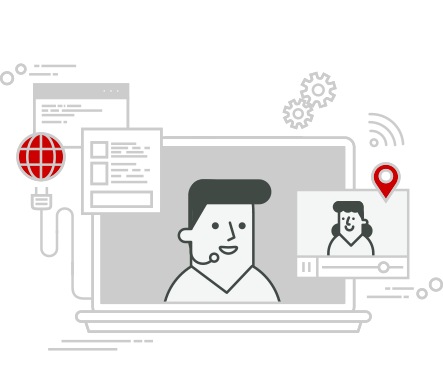 Which brings the conversation back to quality—and thus value. Boatright beams about the gains St. Joseph’s/Candler has realized in, for example, CT angiography.

The Hitachi Scenaria “takes all the guesswork out of the job,” she says. “The machine does everything for us. With our old system, it made a difference whether you had a very skinny patient or a larger patient for a carotid artery. You may miss that bolus or you may miss that timing.” With the Hitachi, it doesn’t matter whether you have a 300-pound football player or a 110-pound retired gymnast, she adds. “You are going to get the best carotid you can get.”

Adds Rawlings, “One of my technologists stated, ‘I couldn’t mess up CT angiography on this machine if I tried!’” Tracking back to value, Rawlings hammers home how important it is to get “the biggest bang for your buck” from every piece of equipment acquired in the current economic climate. “Today, saving even just a few thousand dollars is very important to us, because that means we can go buy an injector or additional supplies or something else we need,” she says. “The more we can get for our dollar, the better. With Hitachi we really feel we get a lot for our money.”

And then there’s the icing on the proverbial cake—no small thing in Savannah, the “Hostess City of the South” and a de facto main depot of Southern hospitality. “As I said earlier, everyone basically makes a good scanner,” Rawlings emphasizes. “What sets Hitachi apart is that personal touch, that close support they give to everyone from the techs on up. We are family here, so having Hitachi treats us like family—that’s what we are used to throughout this institution. To have an imaging vendor treat us like family just adds to the feeling that we’re getting everything we were looking for.

*
This article/content was developed by TriMed Media Group on behalf of Hitachi.