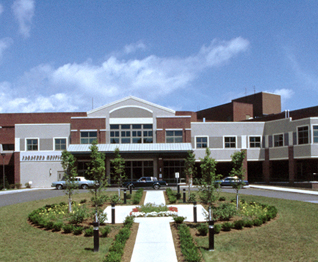 Imagine trying to find a white rabbit in a field of snow. This scenario is similar to what radiologists go through when looking for tumors in a woman with dense breasts, as both normal fibroglandular tissue and abnormal masses appear white on a mammogram.

Now imagine walking into a pitch-black room and shining a flashlight in every corner until you get a good layout of where everything is. This is comparable to screening women with dense breasts using handheld ultrasound.

Radiologist Philip Fear, MD, shares these examples to describe the challenges he is faced with every day, and what ultimately led the staff at Saratoga Hospital in Saratoga Springs, N.Y., to investigate a 3D breast ultrasound solution. After months of research, the team chose to collaborate with Hitachi and install Hitachi’s SOFIA 3D breast ultrasound system*, which Fear says was an ideal solution for screening women with dense breasts.

“We liked the amount of coverage of the breast, the way that it worked with the patient applying their own pressure, and that’s how we came to that conclusion,” Fear says. “We’ve had the system for a few years now and have enjoyed the benefits of using it.”

SOFIA uses a full-field radial scanning method that results in throughput, efficiency and patient comfort. The convertible scan table and Hitachi Healthcare scan engine provides a wide range of diagnostic ultrasound exams when it is not being used for whole-breast imaging. Also, it requires no additional consumables and no time-consuming pre-scan preparation.

Since the installation of the system back in 2015, Fear and his team have been thrilled with how well it works. They now have the ability to perform scans in less than a minute per breast, producing a 3D volume dataset collection of the entire breast.

“Techs cost money,” Fear says. “And considering the amount of time it takes them to scan a patient on the handheld versus how much quicker they can do it on the SOFIA, there is a substantial cost savings there.”

Fear explains that using this system from Hitachi helps facilities cut down on callbacks. With the SOFIA ultrasound, patients remain covered during the entire exam and techs can watch the images while the scan is in motion. If there are any issues, they’ll be seen on the spot and adjustments can be made as needed.

In the past, those issues wouldn’t have been seen until later, meaning the patient would have been asked to return for additional tests.

“We have the ultrasound tech watch the images as they’re going along and any areas that they find right away that are abnormal, they promptly flip the patient over,” Fear says. “They’ll have a patient turn onto their back and then they’ll scan the target areas with the handheld to hone in on those areas.”

Whichever way the patient must lay, the SOFIA is designed with curves and multi-layer memory foam to make it inviting and comfortable.

“Most patients that I’ve talked to have tolerated it well and most patients say that it’s comfortable,” Fear says.

Increased workflow, more satisfied sonographers. The quick acquisition time allows staff to schedule patients as often as every ten minutes, resulting in an increased workflow with the number of patients getting whole-breast ultrasound.

“When we got the SOFIA, we were able to get more bang for our buck, so to speak, with both the techs’ time and the machine in the room,” Fear says. “The numbers have continued to go up ever since we got it.”

Despite the increase in patients, there is less physical strain for sonographers performing SOFIA scans, because there are no longer any external compression methods required in other whole breast systems.

“Doing the handheld could be a lot of work and a lot of time, and so it leaves physical effects of being an ultrasound tech,” Fear says. “Some of them complain about issues of standing there for a long time, scanning various parts of the body. So with the SOFIA, the patients apply their own pressure—you know self-pressure—as they lay down on top of their breasts. Techs will sometimes apply some central pressure to their back to try to make sure they have good contact, but it’s not as intensive for them, and so I think for the most part, the techs are appreciative of not having to scan dozens of patients with the handheld.” 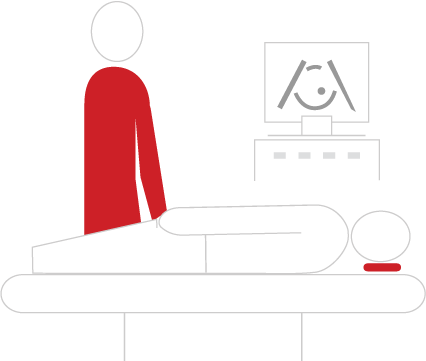 Fear says his team also appreciates that the system’s intuitive touchscreen interface automates the entire process and that the data set is reconstructed so the radiologist can look at the images in different planes.

“I scroll through all the images at one time, fairly rapidly, and I look for any areas that stand out,” Fear says. “And if I see any area that bothers me, I use the 3D tool to localize it. I’m able to reliably say this is a concerning spot, left breast 4 o’clock position, and then direct them to go back and do a hand-held ultrasound in that specific area.”

Fear admits there was a learning curve at first when adjusting to SOFIA, but he eventually became comfortable and now has a good idea of what the tissue looks like. Now with the process going smoothly, Fear and his team are seeing improved outcomes when finding breast cancers.

“In terms of looking at places that are doing large volume screening, we are finding additional cancers in patients,” he says. “That obviously has a significant impact. You’re also definitely going to find more benign things, but you’re going to find more cancers doing as well.”

Fear notes that this screening technology is complimentary to the rest of a facility’s imaging options.

“There’s no question that digital breast tomosynthesis has helped us in finding cancers and so has ultrasound,” he says. “I think the imaging options for a woman with dense tissue are just better than they were a few years ago before either of these technologies were more mainstream. I see them all as complimentary and I don’t know why you wouldn’t want to have every potential chance to catch cancer.”

*
SOFIA is a trademark of iVu Imaging Corporation
*
This article/content was developed by TriMed Media Group on behalf of Hitachi.