Social Innovation and its Impact in Indonesia

Social innovations are playing a transformational role in Indonesia by creating smart cities, resolving future energy concerns and bringing access to financial services for its residents. By working together with the Indonesian policymakers, Hitachi looks to co-create a brighter future for Indonesia.

Indonesia is home to

Indonesia’s GDP per capita is

How Hitachi Co-Creates a Brighter Future for Indonesia

In 2016, in partnership with Sky Energy, we became the largest solar panel producer in Indonesia, with a production capcacity of 100 MW for the foreseeable future on Indonesia’s energy demands
Read More

Since 2011, Hitachi has helped with financial inclusion by supplying ATMs to the leading commercial bank and assisting with the nation’s first cash recycling operations
Read More

Accommodating for Rapid Urbanisation in the Cities

Jakarta was meant to house

people when it was founded

Jakarta is now home to about

people during a typical work week 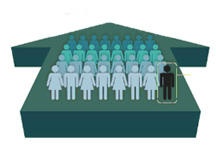 High rates of urbanisation growth also place a heavy toll on Indonesia’s energy demands. The Indonesian government is turning to renewable sources for energy consumption for the foreseeable future 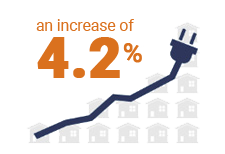 Energy consumption has spiked by 4.2% over the last 15 years 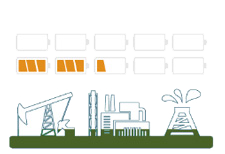 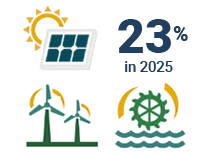 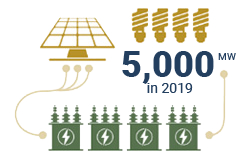 The government aims to build solar power generations capable of producing 5,000 MW by 2019

Established in 2008, initially as a solar panel distributor, Sky Energy teamed up with Hitachi High-Technologies Indonesia in 2009 to build manufacturing facilities and started producing solar panels in 2012.

Reaching Out to the Underbanked Population

Outside of the major cities in Indonesia lies a large population of Indonesians who are excluded from the financial services system. To them, cash is the preferred transaction mode and they rely heavily on informal and non-full service institutions. Adults, especially those living below the poverty line and in rural areas, save in small amounts at home and typically access loans in cash from friends and relatives. 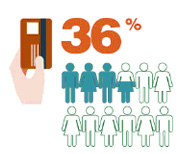 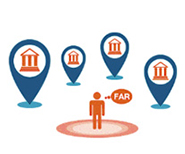 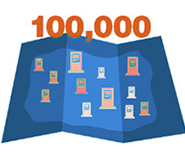 ATM deployment proved vital in Indonesia, with more than 100,000 machines in the country in 2016 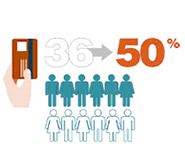