Going on a shopping spree?Leave your wallets behind!!!

In the winter of 2015, as the young architect Vikram Sharma enjoyed his Sunday brunch with family, he talked about the Government's Digital India programme envisioned to transform the country into a digitally empowered society and knowledge economy. Vikram was of the opinion that his parents should also adopt the digital payment system to keep up with the changing times, but Mr. & Mrs. Sharma weren't mentally prepared to make this amendment. They were obviously more comfortable with cash transactions.

In fact, till November 2016, over 95% of transactions in India were being done in cash, 90% of vendors were not equipped to accept electronic payments, and a large percentage of the population didn't even hold bank accounts. But as they say, necessity is the mother of invention. With the declaration of the demonetization policy, even the digitally uninformed people like Vikram's parents had to embrace the online medium. There were or are already close to 1,033 million mobile phone users in India – the only thing needed was a change of mindset and a strong motivating factor - which came in the form of this policy, setting the country on a roll - pushing millions of new users onto India's digital economic grid.

In order to boost the digital economy and convert India into a faceless, paperless and cashless society, various modes of alternate payments were made available by the Government and private agencies. The country witnessed a mass movement to modernize the way things were being paid for - bank accounts were opened in large numbers, rapid growth was observed in e-payment services, and there was a major boom in the digitally-competent sectors. 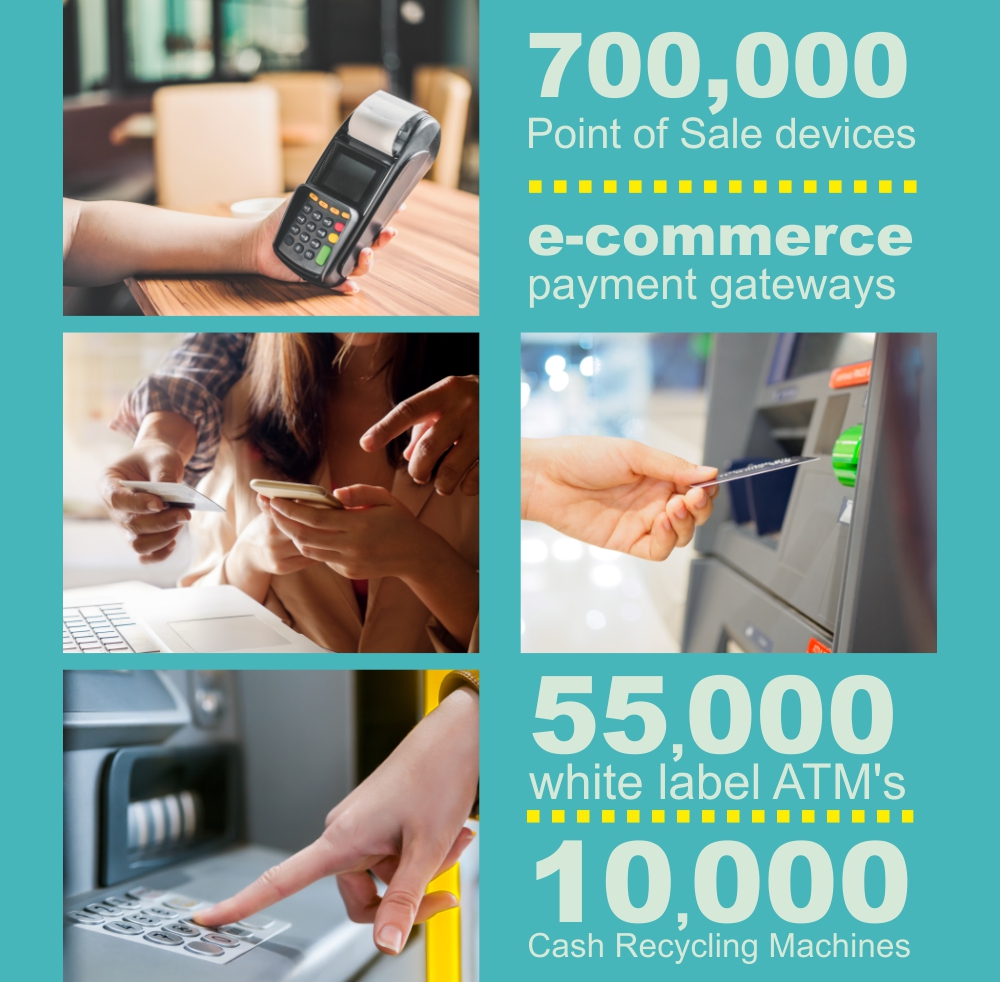 With almost 700,000 PoS devices under its management and 55,000 whitelabel ATM's offering card-to-card money transfers across banks, Hitachi aided formation of the cashless economy in India in a big way. It also deployed 10,000 Cash Recycling Machines across public, private, co-operative and small finance banks, reducing cash circulation and establishing a stronghold in the Indian payment space.

A lot has been done in the direction of establishing a cashless economy, but the process needs to become more effortless, secure and accessible for people to relinquish their reluctance and go digital wholeheartedly. Telecom networks must be improved to make transactions easier...technology must be constantly up-graded to make them safer...and financial infrastructure must be expanded to make it more accessible, to help the cash-preferring generation warm-up to the digital payment solutions. It's certainly a long road ahead, but the world's largest cash economy is en route the digital destination.