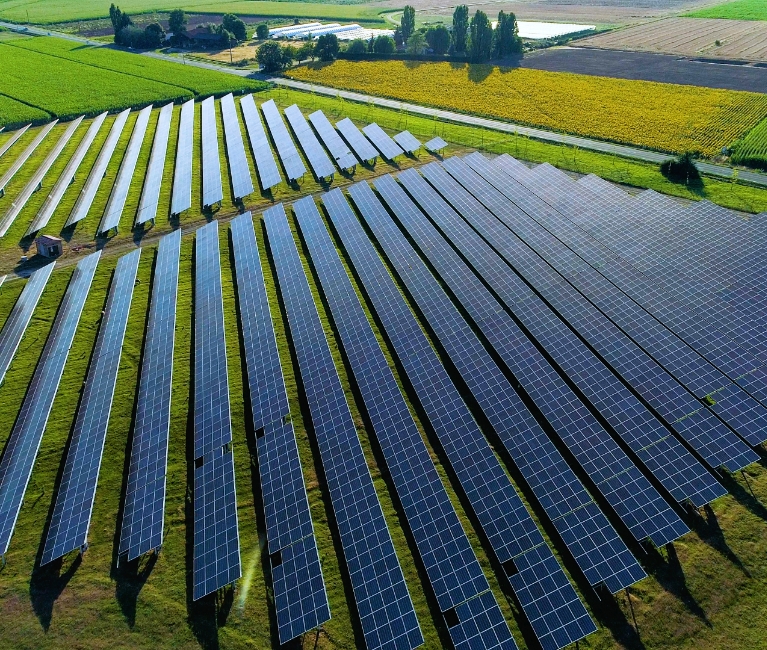 Before you peruse the complete article, watch the intriguing video on India’s solar-powered revolution:

The video below gives you a glimpse into India’s enormous solar energy potential and Hitachi’s contribution in realizing the nation’s solar energy objectives. Read the entire article to get a complete picture of the solar revolution underway across India and how it is empowering millions of lives with clean electricity.

During the past decade, millions of people across India have gained access to electricity. With children now able to study at night, power-enabled farm activities and a surge of small businesses, the electricity access has opened up new vistas for the social and economic development of those regions.

Significantly, escalating energy needs and looming threats of climate change have led the government to enhance its focus on increasing the use of renewables for power generation. The green energy sources like solar and wind energy are hence garnering prominence in India’s energy mix.

Spurred by Government of India initiatives such as Make in India and Power for All, the solar power capacity has increased from 2.6 GW in March 2014 to 36.31 GW2 in October 2020 – posting 14x growth. The expanding nationwide network of solar farms and solar canals is now lighting up even the remotest areas and countryside, greatly enhancing people’s Quality of Life.

As dedicated partners in India’s sustainable growth, Hitachi is steadfast in utilizing its exemplary OT X IT expertise to develop innovative solar energy solutions to bolster the country’s transition to green energy economy, augmenting its Social, Environmental, and Economic values.

Harnessing the Power of the Sun

Harnessing the Power of the Sun

India is the world's third-largest power consumer, with 72% of its electricity produced in coal-based power plants3. The dependence on fossil fuels like coal is leading to a rise in CO2 emissions, environmental decay, and subsequent risk of climate change.

To enhance India’s green energy capability, the government is taking revolutionary steps to gradually replace fossil fuels with renewable sources. There is an increased understanding that developing solar farms would cost much less than operating the present coal-based power units. Several reforms have been initiated to boost investments for developing solar charging infrastructure and encourage innovation.

The efforts are already showing positive results, with India becoming the lowest-cost producer of solar power in the world. Reportedly, the setup costs for solar PV projects plunged by almost 80% between 2010-20184. In early 2020, the Energy Corporation of India (SECI) under the Ministry of New and Renewable Energy carried out the world’s biggest renewable-cum-energy storage firm supply bid.

Instrumental in bringing clean and renewable solar power to millions of households, industries and factories via the National Grid, Hitachi Hi-Rel presently has more than 2.5 GW capacity of Grid Tied Solar inverters installation base in various states in India, which helps in reduction of about 3.795 Mn Metric Ton Carbon Dioxide emission every year.

In 2018, Hitachi Hi-Rel introduced its first-ever 2.5 MW 1500 V DC Grid Tied Solar Central Inverter System. Initially launched in Japan, its local version was later rolled out in India as well. Intended to decrease the levelized cost of energy (LCOE) and the cost of a solar power plant, this product is packed with features like compact design, greater efficiency with less auxiliary power consumption, IoT-driven remote operation, and maintenance, individual string cut off options and so more.

Aspiring to make India a clean energy leader, the government has set an ambitious target of achieving 175 GW renewable energy by 2022, comprising 100 GW solar energy. At G20 virtual summit, Prime Minister Narendra Modi expressed confidence in India's capabilities to accomplish this target as well as achieve the goal of 450 GW renewable energy by 20305.

OT-IT Convergence: Driving the Future of Industry 4.0 & Industry 5.0Next 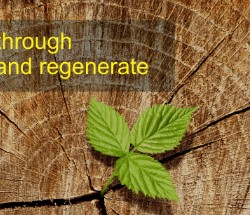 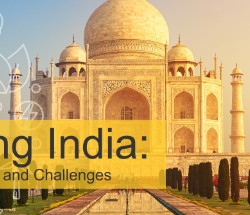