Few years ago, when Mr. Guha's daughter Esha desired to join the family business, she was welcomed to their ceramics factory with open arms. As her father gave her a tour of the industrial unit, he also revised with her an important chapter of history. Beginning with the 1st Industrial revolution in India during the 18th century, he talked about the invention of the mechanical loom that ran on water and steam. Then he spoke of the 2nd Industrial Revolution and discussed how water was replaced by electricity in the 20th century. In the end, he narrated how the Programmable Logic Controller marked the 3rd Industrial Revolution, and paved way for automated production in the 1970's. Using this story as the medium, Mr. Guha wanted to explain his daughter that change is the only constant in business.

Thankfully, Guha Junior understood the moral of the story, and years later, when she took over the reins of her family business, she embraced the 4th Industrial Revolution and leveraged intelligent cyber-physical systems to analyse and automate her manufacturing processes. The trend adapted by Guha Junior is what we call Industry 4.0 or the ability of machines, devices, sensors and people to communicate with each other via AI, IoT and robotics to make informed business decisions.

Realising that most manufacturing decisions are taken based on internal and external variables, Guha installed smart systems in her factory to get end-toend operational visibility. This smart manufacturing technology helped her keep tabs on in-house variables like humidity & temperature, as well as peripheral factors like market trends & customer demand, leading to optimal planning and optimal production. Moreover, since all her machines got connected to the larger supply chain, they gave her access to actual customised demand, so she could streamline the process and only make what really needed to be made.

Moving on, she discovered that predictive maintenance was a great way to reduce expenditure. All these years, her factory had a reactionary approach towards machine repair, i.e. when equipment failed, they went and fix it. Once Guha installed smart sensors in her manufacturing equipment and began real-time monitoring, the machines kept track of their own condition and triggered predictive maintenance well in advance, saving her a lot of time and money.

Reduction in energy consumption was next on Guha's agenda, so she introduced smart machines to induce efficient power consumption and fixed auto-sensors in lighting across the premises. Lights, as we all know, are responsible for a major percentage of the non-manufacturing electricity consumption at any industrial facility, and a lot of power is wasted if they aren't switched off in time. Through wise use of technology, Guha put an end to this malpractice forever.

Staying abreast with new trends, Guha is well aware that industrial robotics have a great scope in India, and she is looking forward to engage programmed robots to undertake pre-defined tasks in manufacturing, testing and production. Considering the ever-changing market dynamics, manufacturers like Guha are constantly trying to improve operational efficiency, and Hitachi is helping them adapt to new trends through its IoT platform Lumada. 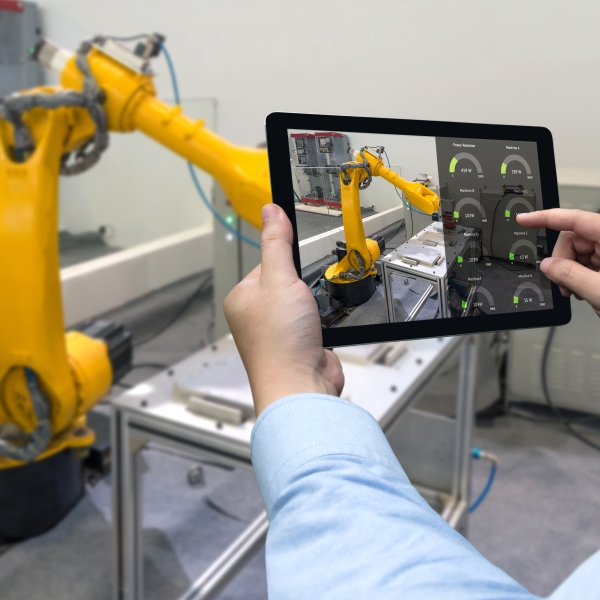 Using the principle of inter-operability, Hitachi Lumada connects industrial assets with intelligent software to deliver smart manufacturing. Moreover, with the development of an image analysis system, Hitachi is able to quantify the standard behaviour model of workers, the status of equipment, and point out the inconsistencies in worker activities or line equipment which could land up being problematic ahead. Lumada's uniquely open and adaptable architecture makes it broadly applicable for a wide array of industries, providing an extensible and flexible platform to generate the factories of the future.